From the Past to the Future. Some reflections after DH2016 #2 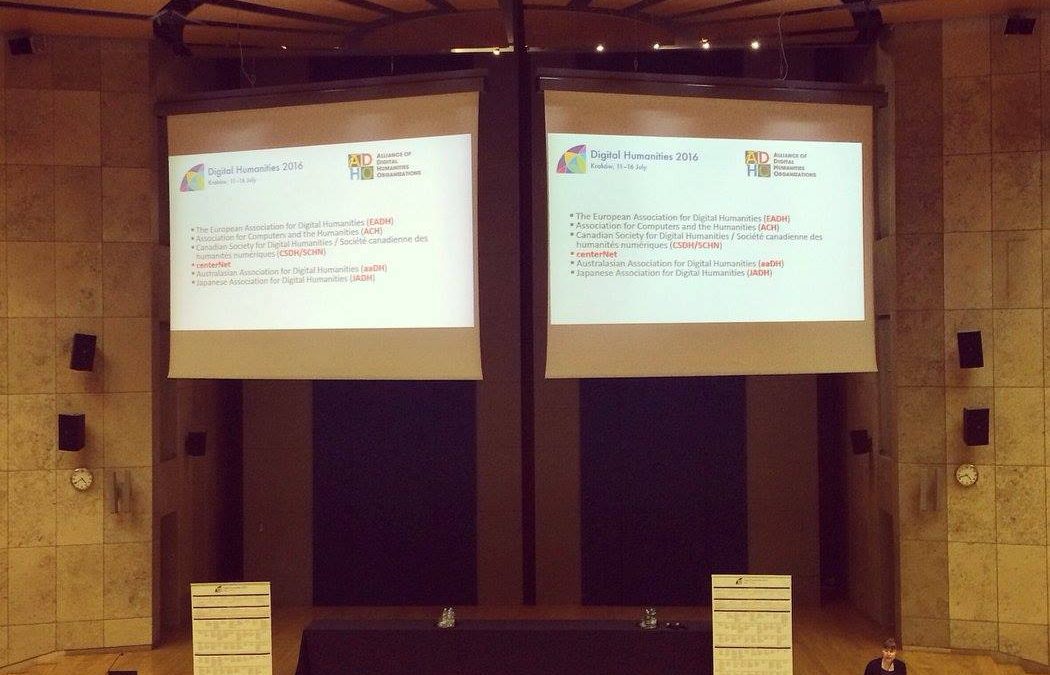 The second suggestion I bring back home from Krakow, is hooked to the end of the previous one: twelve years later, within the community of digital humanists it exists a convergence of views on the standards, from TEI to EDM and other Data Models, and the idea of joining common macro-infrastructures to act as service connectors is present and shared among the community, as evidenced by the strong presence of DARIAH and their related projects.

Meanwhile, I was surprised by the absence of Europeana, the huge European digital library, except for the poster “Reflecting On And Refracting User Needs Through Case Studies In The Light Of Europeana Research”. Although it is recognized as an essential initiative and despite the success of pilot projects such as DM2E – Digitised Manuscripts to Europeana, the reuse of the Europeana Data finds little application in practice.

Glad to see @Europeanaeu come up as a valuable resource in #DH2016 discussions, especially when this happens completely unexpectedly 🙂

Moreover, I found a common adherence, at least in principle, to the open access and open data vision, even if, at least in the perception I had, real examples of projects that implement open access and, above all, open data policies are still lacking. Explicit references to open science are almost entirely absent, if not as a tendency towards which to converge as a result of the mandates of the funding agencies. About this, there were two exceptions: the very useful panel organized by the Research Data Alliance Digital Data “Sharing: Opportunities and Challenges of Opening Research”, in which concrete cases of management of open data Humanities in the Digital Repository of Ireland were presented, and the panel in the same afternoon “Are the Digital Humanists Prepared for Open Access to Research Data?” coordinated by Vittore Casarosa, which was attended by well known faces of the open access movement such as Anna Maria Tammaro and Pierre Mounier from Open Edition. More speculative than the first, the latter was unfortunately attended by a few people, providing an implicit answer to the question in its title.

I’m strongly convinced about the fact that open access to research data is a fundamental issue, which mainly affects the sustainability of the projects we are working on.

The adoption of common standards and data formats should accompany the filing of open research data in public repositories, possibly international, such as Zenodo.org. Inter alia, this solution would free the scientific community of the concern to ensure access to research data over the normal life of a project, of a research work or, at worst, of the human life. Allowing access to data over time and promoting their reuse, even in new and unexpected for those who produced them, is a central issue for the emergence of open science, and of the principles and the practices of sharing knowledge.

From the Past to the Future. Some reflections after DH2016